6 Facts You Probably Didn’t Know About The 6 Nations

Rugby fans througout England, Scotland, Wales, Ireland, France and Italy are dusting off their national flags, donning their rugby shirts and clearing their throats in anticipation for some rousing national anthems! That’s right, the 2018 6 Nations tournament kicks off on 1st February, and this year will be particualrly exciting as it acts as a barometer for the long-awaited World Cup in Japan later in the autumn.

So we thought we’d get into the spirit by sharing some facts and figures about rugby’s greatest championship that will get you well and truly in the mood! 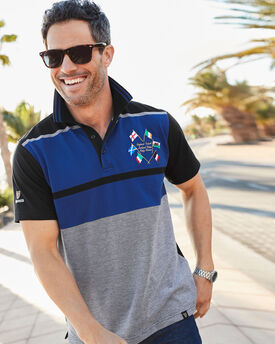 Let’s start with a quick recap of last year’s hard-fought competition before the action kicks off again next Friday.

This spring, Ireland, are the ones to beat having beaten England 24-15 on the final day and bagging themselves their third Grand Slam and a Triple Crown.

Ireland’s Jacob Stockdale was the tournament’s top try scorer, while the top points were scored by France’s Maxime Machenaud on 50 points, closely followed by Welsh full-back Leigh Halfpenny on 49. Wales

Warren Gatland leads Wales for what might be his final campaign after a clean sweep of the Autumn Internationals. Meanwhile Eddie Jones’ England are hoping for a revival after coming 5th in last year’s competition, followed by Wooden Spoon winners, Italy, in 6th place.

What about the rest of the tournament’s history? Here’s our pick of the best 6 Nations facts!

How did it all begin? 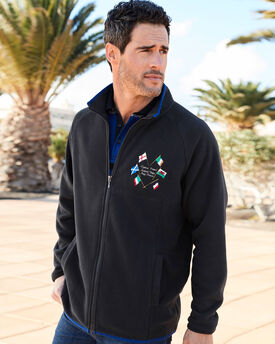 It all started in Swansea, with a rugby match between England and Wales on 16th December 1882; and from that tussle, the 6 Nations was born. Now the oldest rugby championship in the world, the Home Nations Championship, as it was known then, was a competition between four nations - England, Scotland, Wales and Ireland. France joined in 1910 – although they failed to make an early impact, winning only one game in their first four years in the competition. And finally, in 2000, Italy joined to create the 6 Nations as it is today. The late arrivals have, as yet, failed to lift the championship trophy, taking home 13 wooden spoons instead!

What do you know about the trophy?

A new trophy was introduced for the 2015 championships, to replace the version that had been created in 1993 when the competition was titled Five Nations. The new trophy was designed and crafted from over 50 pieces of Sterling silver by Her Majesty’s silversmiths, Thomas Lyte. The main part of the trophy has six sides representing the six nations, with each nation’s crest engraved on the bottom plinth. The trophy took over 200 hours to make from 7kg of silver and stands at 75cm high - that’s around the height of the average bar stool for you hardcore rugby facts fans.

How many trophies are there?

While we’re on the subject of trophies, did you know that it’s not all about the main championship trophy, there are in fact 7 other titles or trophies to be won? This may be one of those 6 Nations rugby facts you think you know, but can you name them all?

How big are the stadiums?

You might know enough about the 6 Nations to name all six stadiums, but do you know which is the largest?

Completing your Six Nations facts and stats on stadium capacity, the other three are Principality Stadium (formerly the Millennium Stadium), Cardiff with a capacity of 74,500, Rome’s Stadio Olimpico with 70,624 and Murrayfield, Scotland with 67,144.

Has the tournament happened every year?

We’ll be impressed if you know these final 6 Nations facts and stats. There have been only 14 years in its 135-year history that the competition has been called off or not completed. Some of these were due to the World Wars forcing cancellation between 1915-1919 and 1940-1946, but can you name the other two years?

In 1885, the competition didn’t complete due to tensions between England and Scotland (related to the previous year’s tournament) and between the unions of Wales and Ireland. And finally, in 1972, the competition was left unresolved as Scotland and Wales couldn’t travel to Ireland to play, due to escalating political unrest.

So, there you have it, six nuggets of 6 Nations information for rugby-fact fans everywhere.

Take your place on the sofa and show your patriotic pride with our Rugby and Guinness Collections. They’re all you need to stay stylish on the sidelines!


Back to The Thread
Archive

Here at Cotton Traders, we like to do things a little differently. Our reputation has been built on outstanding quality, a sense of community and keeping our customers interests at heart. The Thread is just that – a space for sharing things we know our customers enjoy, whether it’s travel, eating, staying active and healthy or enjoying sneak-peeks behind the scenes at Cotton Traders.